It’s a commonly known fact, that the more you learn the more you earn, and the learning never stops regardless of age or position in life. Here’s a rule of life to live by, if you have to go on a vacation from your job, then never go back. As Pablo Picasso wisely said, “Never permit a dichotomy to rule your life, a dichotomy in which you hate what you do so you can have pleasure in your spare time. Look for a situation in which your work will give you as much happiness as your spare time.”

There is no need to compromise and you can find whatever it is that you want from life the more you learn. But here’s another tip, you have to start now. Steve Jobs was right when he said, “I didn’t want to be the richest man in the graveyard.” It doesn’t matter if you are 18 years old or 80 years old, the arrow of time moves forward fast and it’s not enough to just be successful. You have to be successful while you are at least young enough to enjoy it, and the more you earn, then the more enjoyable it can also be.

Accelerate The Speed of Your Success

Maybe your dream is to work from Paris, because you have the ability to work from wherever you want. Maybe your dream is to be a millionaire, or maybe you just want the financial freedom and to be home for your children. No matter what your dream is, you won’t find it if you are looking in the same place as everyone else and is best not to follow the crowd. On the road to success, look to get a massive insight from the world’s most successful leaders where you can learn more and call on for inspiration. If you proceed carefully you will not be part of those desperate masses, and as Thoreau wrote in Walden Pond “The mass of men lead lives of quiet desperation. What is called resignation is confirmed desperation.” Fortunately, there have been many wise people over the years of civilization and they point the right way leaving us clues. One of the greatest philosophers of all time, Plato, taught that most people are deep in a cave, watching shadows on the wall, thinking they are seeing clearly. Plato invited you and me to step out of the cave and see life under the new light of a more clear reality.

Learn From A Successful Mentor

Successful entrepreneur Tai Lopez for instance, since the age of 16 has traveled to 51 countries, has read thousands of books, been mentored by 5 people, being three millionaires and two who are closer to the billion dollar level. He has learned from 12 of the world’s top business partners, started or invested in over a dozen multi-million dollar companies, and collected the thoughts, quotes and teachings of the greatest, wisest, successful and the most intelligent people on earth that he could find in helping him. The collection of principles, thoughts, and sayings have grown over the years and the collection has became pretty massive. So not too long ago a narrow list was laid out from several thousand principles down to a more manageable number and chosing the number 67. This number is based on research by the University College of London who found that it takes about 66 days to form a new habit.

These steps come from the teaching of powerful, often famous people like Bill Gates, Charlie Munger, Martin Seligman, Peter Drucker, Aristotle, Alexander the Great, and Gandhi. The series may move or take you to a place you have never been before. It will shave years off the painful learning curve in life and also get you to your goals two or three times faster than normal. Lead on principles, and lessons you may not have heard before, the steps will make an impact on your life and of course the more you learn the more you earn. Get the steps to success.

be your own boss, branding
| Tags: education, learning, mentorship, steps toward success 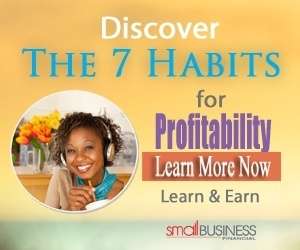